I am ready to knock her out, says Raider Muleba

Local female boxer, Raider Muleba is adamant that she will outclass her opponent, Bonita Van Jaarsveldt, during their lightweight rematch fight at the Kagiso Memorial hall on Friday, 18 December.

Friday night’s fight is expected to be a humdinger and may go the full six rounds. Muleba said she would use the fight as a springboard for a national title fight that would take place soon. “I am ready. I am fit physically and emotionally and with the support coupled with the training, there is no way my opponent can beat me. I promise to come back home with the winning belt.”

Muleba said her opponent is not a closed book to her. “I fought against her last year and the fight was a draw. I know her weakness. I’m ready for her and this fight will put us on route to contest internationally. I need more national fights.”

She said that she had trained hard and promised her fans that she was going to beat Van Jaarsveldt. “My main goal is to go further into professional boxing, because I’m now ready. Boxing is a good sport that stops young people from engaging in bad habits, such as drugs and alcohol, because you spend lots of time at the gym,” she said.

Her message to young people who want to join boxing is that it does not matter where you come from, as long as you can be a good boxer. 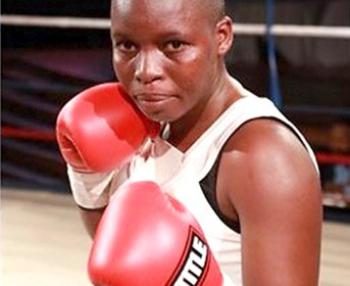