Race to the top heats up in GladAfrica Championship

The race for promotion and to escape the relegation axe is becoming hotter by the day in the GladAfrica Championship League. Most of the teams will be playing their fifth league matches this weekend. Four matches will be played tomorrow, with the same number expected to be seen on Sunday.

The pace setters, Cape Umoya United, will be away to face JDR Stars at the Soshanguve Giant Stadium outside Pretoria tomorrow. Umoya are still to lose a league match to date. They collected nine points in the three matches they have played so far.

Jomo Cosmos will undertake a journey to Durban. They will lock horns with Uthongathi FC at the King Zwelithini Stadium. Cosmos did the unexpected last Tuesday when they rose to the occasion and beat the much-feared Ajax Cape Town at the Athlone Stadium in Cape Town.

TS Sporting are gearing up for a tough game against the newly promoted, Pretoria Callies, at the Kabokweni Stadium outside Nelspruit. Callies have deposited one point into their league account so far. They played to a 1-1 draw with Free State Stars in the only league match they have played to date.

Royal AM, or Real Kings as they were formerly known, will enjoy the home-ground advantage in their match against Free State Stars at the Chatsworth Stadium in Durban. Both Royal AM and Free State Stars are still battling to find their winning combinations. They both managed to collect only one point in the four matches that they have played.

Polokwane City will be the visitors to University of Pretoria FC at the Absa Tuks Stadium in Pretoria in one of the four matches that will be played on Sunday. Sekhukhune United will host Steenberg United at the Old Peter Mokaba Stadium in Polokwane. United have a solid squad, comprising Jabulani Maluleke, Prince Nxumalo and the Zimbabwean international goalkeeper, Tapuwa Kapini.

The match between Cape Town All Stars and Bizana Pondo Chiefs will be played at the Cape Town Stadium. Pondo Chiefs are still to deposit a point into their league account. They are lying at the bottom of the log. Ajax Cape Town will entertain Richards Bay FC at the Athlone Stadium. 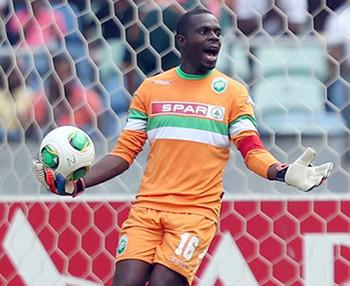