After parting ways with his former employers, Black Leopards Football Club, about three weeks ago, Mr Dylan Kerr got a new job. The 54-year-old mentor was appointed as the new head coach for Tshakhuma Tsha Madzivhandila FC (TTM) over the past weekend. Mr Kerr replaces Mr Joel Masutha, whose contract was terminated last Friday.

Asked about more information regarding his appointment, Mr Kerr said that there was nothing formal at the time of our going to the press. He revealed that he has agreed to coach the team for the time being while the management was finalizing his appointment contract. According to him his first training session with the team was on Sunday afternoon.

He again revealed that his negotiations with Vhadau Vha Damani commenced early last week. He said that he had watched the team’s Nedbank Cup game against Supersport United from the grandstand last Thursday following an invitation from his new employers. Asked about his observations so far, Mr Kerr was quick to mention that there is a lot of talent in Vhadau Vha Damani’s camp.

Mr Kerr again said that he was ready to save the team from relegation, once he had signed the contract on the dotted lines. He said that it was for the management to come up with a reasonable job offer if they are serious about the future of the team. The former Baroka FC’s head coach will be on the team’s technical bench when TTM lock horns with Maritzburg United at the Harry Gwala Stadium in Pietermaritzburg on Friday afternoon (12th).

Mr Kerr joined Black Leopards towards the end of last year. This was after Lidoda duvha parted ways with the Belgian mentor, Mr Patrick Aussems. Black Leopards won only one match and played to a draw on three occasions under Mr Kerr’s guidance. The only time Leopards registered a victory with Mr Kerr shouting instructions to the players from the team’s technical bench was when they beat Orlando Pirates at the Thohoyandou Stadium 2-0 last month. 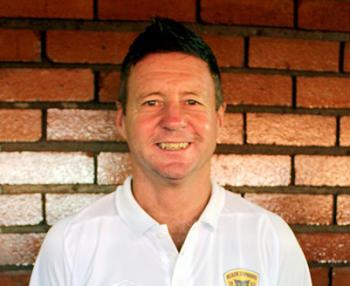