Ridgeway prove to be too strong for Limpopo

Team Ridgeway proved to be too strong for Limpopo Dairy on Saturday and walked away with a 33-run win in their Louis Trichardt Cricket Club 20-over league clash.

Ridgeway batted first at the Louis Trichardt oval and managed a fairly respectable score of 139 runs for seven wickets in their 20 overs. Batsman Suffiyan Dala scored most of the runs, hitting 56 off just 43 balls. His innings included five fours and one six. Also contributing double figures to the scoreboard were Craig Viljoen (11) and Hussein Patel (22).

Despite Limpopo’s Juan-Michael Phillips, who scored a quick 44 runs off 38 balls (including three fours and three sixes), all the other Limpopo batsmen struggled. The only other batsmen to contribute more than 10 runs with the bat were Nimesh Watekar (12) and TJ van Eeden (13). After Juan-Michael’s departure at the number-one position, the Limpopo batting innings basically collapsed, with the whole team being bowled out in 18,5 overs with only 106 runs on the scoreboard.

The Ridgeway bowlers were a bit more disciplined in their attack, but still conceded 18 extras, of which 16 were wides. For Ridgeway, bowler Suffiyan Dala stood out, taking down four wickets for the loss of only 10 runs in 2,5 overs. Fahan Kato toppled two wickets for the loss of 20 runs in four overs, while the rest of the bowling squad, consisting of Bielie van den Berg, Hussein Patel, Craig Viljoen and Naweed Jolly, each took a wicket.

The next 20-over league clash at the Louis Trichardt oval will be the match between Limpopo and the Toyota Vikings this Saturday, 24 April. 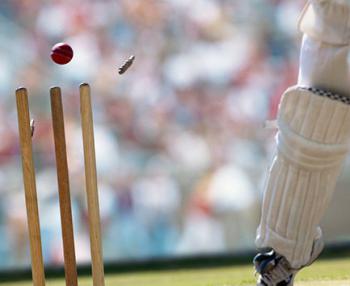