Black Leopards must win all three their remaining DStv Premiership League fixtures to keep their hopes of partaking in the promotion/relegation playoffs alive.

After playing to a goalless draw with Chippa United at the Nelson Mandela Bay Stadium in Port Elizabeth on Wednesday, 12 May, Black Leopards have two solid weeks to prepare for their next fixture. Lidoda duvha will host Kaizer Chiefs at the Thohoyandou Stadium next Wednesday, 26 May. Should they manage to collect the maximum points in their remaining fixtures, Leopards will finish their league programme with 28 points. History shows that a team that completes its league programme with 28 points stands a chance to take part in the relegation/promotion playoffs.

While the match will be a matter of life and death for the Thohoyandou side, Kaizer Chiefs will have a different reason to collect the full points at stake. The Amakhosi’s target is to finish their league programme within the top-eight bracket after their plans to win the league title was turned into a nightmare. Kaizer Chiefs are currently lying in the 10th spot on the log standings with 30 points.

The spirit is high in the Chiefs’ camp after they brutally walloped Simba FC from Tanzania 4-0 in their CAF Champions League match at the FNB Stadium in Johannesburg last Saturday.

Black Leopards’ assistant coach, Mr Morgan Shivambu, is optimistic that the pride of Thohoyandou will win all their remaining matches and see if that will secure them a place in the relegation/promotion playoffs come the end of the season. “We are ready to fight to the bitter end,” said the optimistic Shivambu.

Should they manage to win all their remaining matches, Leopards will hope that the other relegation candidates, Chippa United, collect not more than two points in their remaining two fixtures.

Black Leopards will play against Cape Town City and Bloemfontein Celtic in their remaining fixtures, apart from the Kaizer Chiefs match. Mamelodi Sundowns will host Supersport United at the Lucas Moripe Stadium outside Pretoria in the other match that will also be played on the same day. 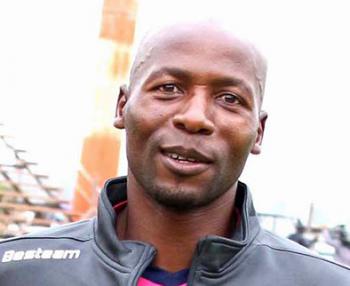