Following their relegation to the GladAfrica Championship League at the end of the last season, Black Leopards are hard at work in their preparations for a new life in the lower league. According to the team’s general manager, Mr Elijah Mulaudzi, the club had parted ways with three of the players who were the backbone of the team last season.

Mr Mulaudzi revealed that the employment contracts for Mohamed Anas and Ovidy Karuru had expired at the end of last season. According to him, the other player who will not be part of the team when the activities for the new season start is their centre back, Edwin Gyimah.

Mr Mulaudzi explained that Gyimah’s contract with the club was due to expire on 30 June 2024. He said that after negotiations with Gyimah, an amicable decision was reached that his departure would benefit both parties. “As a club we wish the three players all the best in their future endeavours,” said Mulaudzi.

Mr Mulaudzi again stated that they were ready to negotiate with any club that was interested in any of their players. He stressed the fact, however, that they wanted to retain at least 80% of their current squad. According to him, a number of clubs had declared their interest in two of their players, Tebogo Makobela and Rodrick Kabwe. Negotiations with the interested clubs were ongoing, he said.

Mr Mulaudzi further revealed that they will hold a meeting with the players and the technical staff tomorrow. “The team is scheduled to start with their normal training sessions next Monday, 5 July,” said Mr Mulaudzi. He concluded by indicating that, while seeing the team being relegated to the lower division at the end of last season was a bitter pill to swallow for everyone in the club, they had all accepted their fate. 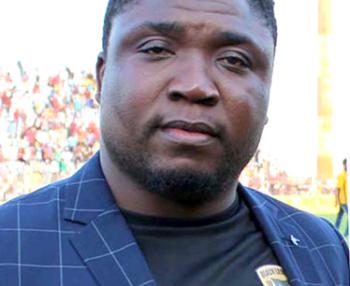