After a break of two weeks, the teams affiliated to the GladAfrica Championship League will resume activities this weekend. Black Leopards have reason to believe that they will collect the maximum points at the expense of TS Sporting, with whom they will lock horns at the Old Peter Mokaba Stadium in Polokwane on Saturday afternoon.

Black Leopards’ head coach, Mr Morgan Shivambu, was quoted earlier as saying they would use the 12-day FIFA break to tighten up the team’s loose ends. He stated that his team had played entertaining football in their first two league games and that their strikers had been unlucky at the goal finish. Shivambu said that they would be working on the strikers’ target shooting.

Lidoda duvha shared the glory in their first two league matches. They played to a 1-1 draw with Polokwane City at the Old Peter Mokaba Stadium in Polokwane before playing to another 1-1 draw with Uthongathi FC at the Princess Magogo Stadium in Durban a fortnight ago.

According to the spokesperson for Leopards, Mr Diambele Mbalavhali, the team’s killer striker, Daniel Gozar, will be available for tomorrow’s game. The Ghanaian sharpshooter had watched his team’s first two league games from the grandstand while his work permit was being finalised. Should he be given an opportunity tomorrow, Gozar is likely to form a good combination with Linda Bhengu at the forefront, while Selby Rapatsa, Tiklas Thutwa and Mumuni Abubakar will be expected to make things happen in the middle of the park.

Tshakhuma Tsha Madzivhandila (TTM) will travel to Pretoria, where they will do battle against JDR Stars at the Soshanguve Giant Stadium. JDR Stars lost their first two league matches. The same applies to Pretoria Callies, who will fly to Cape Town to honour their fixture against Cape Town All Stars at the Ida’s Valley Stadium outside Cape Town.

After beating TTM 1-0 at the Thohoyandou Stadium two weeks ago, Venda Football Academy will be on the road this weekend. They will travel to Bethlehem in the Free State. Their match against Free State Stars will be staged at the Goble Park Stadium. The pace setters, Platinum City Rovers, will host Polokwane City at the Olën Park Stadium in Potchefstroom. 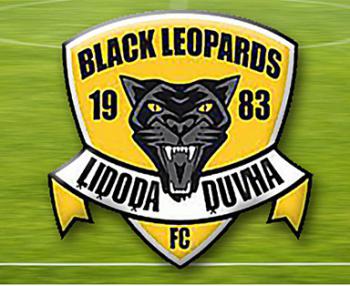