After collecting the maximum points in their last two matches, Maindis Ladies FC are determined to do the same this weekend. They will undertake a journey to Bloemfontein. Their Hollywood Bets Super League match against Bloemfontein Celtic will be played at the Free State Stadium on Saturday afternoon.

Maindis beat Tsunami Queens 2-0 at the Phuthaditjhaba Stadium in the Free State two weeks ago before crushing Richmond United 3-2 at the Giyani Stadium last Saturday.

With seven matches remaining before the end of the season, Maindis are still on course to finish their league programme among the top eight teams. They are currently lying in the eighth spot on the log standings with 22 points accumulated from 19 outings.

The team’s assistant coach, Ms Rhulani Mathebula, is adamant that her team will collect enough points in their remaining fixtures and finish their league programme within the top-eight bracket. She stressed the fact that they have what it takes to accomplish their mission.

Whether Celtic’s defenders will have enough strength to stop Maindis’ goal poachers in Xiluva Tshabalala, Molepo Rapatsa and Tswarelo Digaota remains to be seen. Celtic are still in mourning after suffering a 0-2 defeat at the hands of Mamelodi Sundowns last Saturday. In the other match that will also be played tomorrow, Tsunami Queens will host Durban Ladies at the Phuthaditjhaba stadium. 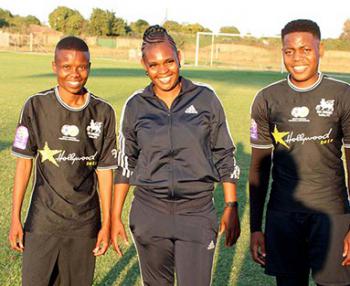