The Limpopo Impala Premier Cricket League has resumed, with Louis Trichardt’s first team coming up against Seshego at the Louis Trichardt Oval on Sunday, 7 November. Seshego gave Louis Trichardt a bit of an early wake-up call by clinching the game with one wicket to spare.

Louis Trichardt batted first in an innings that saw four LBW dismissals against the home side. Opener Amir Bux Saif scored at almost a run a ball with 19 runs from 18 balls, while Hussain Patel, batting at number two, played a more stabilising roll, finishing one run short of his 50 with his score on 49 from 87 balls, before he was caught LBW. AJ Fourie at number three also tried to keep the scoreboard ticking over with 17 runs from 21 balls, but was also sent back to the dressing room because of an LBW decision. More bad news waited for the Louis Trichardt side when team captain and batting dangerman Dewald Joubert’s wicket fell with his score on zero after also being caught LBW.

From there on, the remaining Louis Trichardt batsmen had a tough time, with (in order of the batting line-up) Sahil Patel scoring three from 11 balls, JP Coetzee 25 from 34 balls, Salman Patel out for a duck, Juan-Michael Phillips 26 from 23 balls, FC Phillipson 10 from 23 balls, Johan van Rooyen (out for a duck on another LBW decision) and Vimal Shah with two runs from eight balls. Louis Trichardt finished their innings on a score of 167/10 after 38.4 overs.

Seshego’s bowling attack was on par with the bowlers, conceding only 16 extras, of which 15 were wides. The pick of the bowlers was Zidane Joosub, who took three wickets for the loss of 40 runs in 10 overs. Lesego Moloto, Selati Kgomo and Kgoshi Leopeng all claimed two scalps respectively, finishing on figures of two for 39 runs in 8.4 overs, two for 38 runs in 8 overs and two for 17 runs in three overs. Team captain Isaac Senetta took one wicket for 17 runs in seven overs.

Seshego’s innings got off to a flying start, with opener en team captain Isaac Senetta scoring 29 off 33 balls, while fellow opener Tumelo Malatji scored 38 from 40 balls. The run rate slowed down a bit with Zidane Joosub in at three, scoring eight runs from 14 balls, while Stephen Mailula contributed 19 runs off 23 balls. Sawan Bobe was send packing with his score on zero after three balls, after which Asim Bha played cautiously for his 12 off 27 balls. Takudzwa Sithole, Kgoshi Leopeng and Lesego Moloto’s wickets fell cheaply for a combined nine runs, and leaving tailenders Selati Kgomo (12 off 22 balls) and Ashley Malebe (nine off 16 balls) to steer their team to victory. The team successfully chased the runs down, finishing on 169 for nine wickets in 32.4 overs.

In contrast to Seshego’s 16 extras, the Louis Trichardt’s bowlers conceded 33 extras, which included 12 byes and 19 wides. But despite this and their loss, Louis Trichardt bowler JP Coetzee was in top form, claiming four wickets for the loss of only 17 runs in five overs, which included a maiden over. Sahil Patel and Dewald Joubert took two wickets each with respective bowling figures of two for 26 in six overs and two for 37 in eight overs. Although taking only one wicket, FC Phillipson’s bowling figures were very impressive - taking one wicket for the loss of one run in three overs, which included two maidens. That is an economy rate of 0,33! 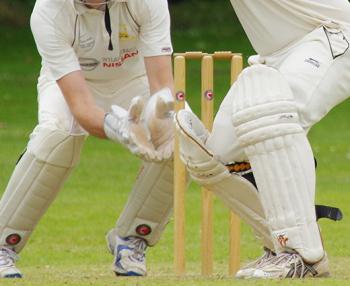