The place to be on Sunday will be at Tshifudi Stadium, where the quarter-final matches for the Vhembe Super Cup Tournament will be played. The question that remains unanswered is whether Maelula United Brothers will again shame Masakona Young Tigers.

United Brothers thwarted Young Tigers’ plans to play in the final of the Zwavhudi Animal Feeds Winter Youth Tournament when they narrowly beat them 1-0 in their semi-final match at the Thohoyandou Stadium last Saturday.

Young Tigers must keep an eye on Brothers’ killer striker, Sello “Ferrari” Molewa, or else their Super Cup journey will end abruptly. Molewa is still in a celebratory mood after receiving the top goal scorer award in the Zwavhudi Animal Feeds Winter Youth Tournament. On the other hand, Young Tigers will pin their hopes on Pfarelo Ndau, Mualusi Mulaudzi and Mulisa Rambau for goals.

The match expected to be the final before the actual final will be between Madridtas FC and Berea FC. Madridtas and Berea are still at each other’s throats, following an incident that took place at the Tshifudi Stadium three weeks ago. Madridtas scored a controversial goal to beat Berea FC 1-0 in their last-16-round match. 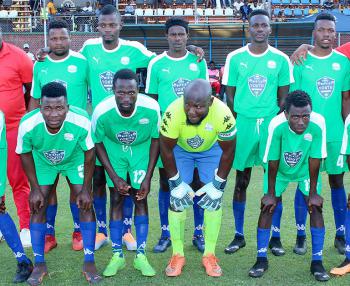