Tsiko “Cruel Junior” Mulovhedzi made a plea to his fans not to write him off just yet. This after he was floored by Namibian boxer Harry Simon Junior during the Lehlohonolo “Hands of Stone” Ledwaba Memorial tournament, held at the Orlando Hall in Gauteng on Sunday, 31 July.

This was the Vhembe and former IBO champion’s first bout in the ring after a two-year break. “The Namibians are hard to beat. They are not only good in manufacturing weapons, but in boxing as well. They are really tough and can take a punch, but I’m not giving up; there is still firepower in me,” he said.

Mulovhedzi said that he was going back to the drawing board to analyse the fight with his trainer. He promised his fans that he would come back to reclaim his former status.

Meanwhile, female Vhembe boxer Raider Muleba did not disappoint her fans when she beat Bonita van Jaarsveldt in their match. The opponents had met in the ring twice before. One of the fights ended up in a draw, while the other was won by van Jaarsveldt. Muleba was ecstatic to avenge her previous defeat this time around.

Muleba said that the women’s sporting industry had been facing serious challenges in the country with the lack of corporate support. Boxing, she said, was no exception, with most of the women’s events limited to Women’s Month (August). Muleba feels that this needs to change. “This victory has done a lot for my confidence. It made me believe in myself again, teaching me not to give up in life. It motivates me to push harder because I want to be a world champion,” she said. 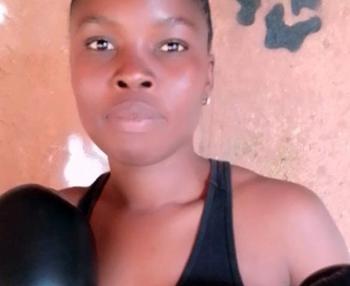