The 23-year-old, who was born and bred at Tshitanini village, said the album was released on 19 December 2018. It was recorded at Winman studio.

He is a final-year student doing BSc food science and technology at the University of Venda.

He said the album was about having faith in God and comprised10 songs. "Some of the songs are Take Over Now, Wo Da Muya Mukhethwa, Fight My War, Ndi Simbise Ishe, and Murena Vha Fulufhelo Langa," he said.

He said the song Fight My War was about God fighting one's battles. "I have met many Christians, especially at school, who were always complaining about things not going well with them. Then I kept asking myself why these people seemed to be serious about God, but they weere suffering whereas the word of God says, 'and I will do whatever you ask in my Name so that the Father may be glorified in the Son', in John 14:13."

He added that there were Christians who did not invite God when they did their things, they leant on their own understanding. “They fight their battles alone, forgetting to let God take care of everything. They end up losing in everything they do," he added.

He started singing a young age, and few years ago he was given an opportunity to show his talent when he joined The Answer Worshipers, a gospel singing group. "I was a backing vocalist there. In 2016, I officially joined the worship team at church. I was groomed by my spiritual mother, Mrs Sinthumule, and other members of the worship team. I started as a backing vocalist and then I was given a chance to be a lead vocalist," he said.

He is promising the fans to be entertained during the launch. Artists such as Masana and Phathu, Taki Sikhwivhilu, Newie, Wavhudi Madavha, Mulingoni Mudau, and Huli mbambale will grace the event. 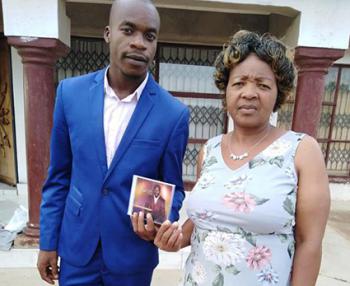