Mukheli (27) said his first CD, Ndi do mu i mela, was released in 2007.  He said he learned and practiced singing at home, because his late father was an artist who used to encourage him to sing gospel songs.

He said the title track, Ndo mu wana mutshidzi, explained his joy that with Jesus everything will go according to the plan.

“With the song Ro Tshidzwa nga tshilidzi, I mean that we have been saved by the grace of God and we must keep praising him. Tendela Yesu describes that we must allow Jesus Christ to come into our hearts and we will have a good life,” he said.

Mukheli is a staunch member of the Gospel of Life Mission Church, based in Tshivhulani village near Sibasa, and sings for and entertains churchgoers in his church almost every Sunday.

“I would also like to extend my greatest thanks to Takalani Khadeli, who featured and help me with some songs. With him, I managed to compile and released my new CD, dedicated to Jesus Christ, the Saviour,” added Mukheli.

All songs are composed by Ronewa Mukheli, and the album is produced by Nelton Dama of Easy Road to Fame Studios in Tshifulanani village.

For bookings and life performances, Ronewa Mukheli can be phoned at 076 705 8272 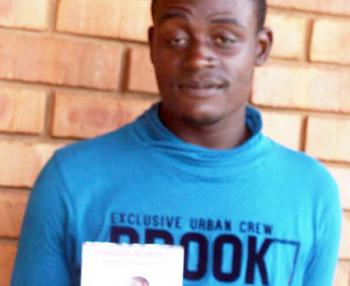