Those who think that the late legendary Tshivenda guitar wizard, Albert Mundalamo “Mapani” Tshikundamalema of Mukula has gone to his eternal resting place with his musical talent might be deceiving themselves.

Like dynamite which comes in small packages, Tshivenda traditional music lovers will agree that Mapani’s musical spirit has resurrected through a rare breed of rising talent in the name of Ephraim “Galaha” Masindi of Khubvi village.

Asked why he opted for traditional music, Masindi was quick to respond. “As a young man, I have realized that legends who were playing Tshivenda traditional music were old people who have been passing on one after another. Pace setters like Tshivhangwaho Raedani, Simon Ranwedzi, Sarah Masindi, Eric Mukhese, Samuel Ramufhi and Ntshengedzeni Mamphodo are all gone. I felt that the music fraternity needs someone younger like me who will be able to take the spear forward. By so doing, I will be encouraging young people like myself to love, appreciate and preserve their culture. I will never divert from my tradition as long as I’m still breathing.”

Masindi’s musical journey started way back in 1996 when he used to play home-made guitar from of old oil tin and rubber bands. “My heartfelt gratitude goes to my mother, Molly Munyai who bought me my first guitar in 1998. People started to appreciate my guitar playing skills and I started getting invitations to play in churches, weddings and other social gatherings. I have previously performed and recorded with artists like Brothers in Love, Moses Nyatheli, Albert Mudau, The Answer and Wanga Mukwevho.  It is now time to realize my potential by going solo and give my fans my own good music.”

About his forthcoming album, Masindi said: “The album has eight tracks and is recorded at Passion Records in Gaba. I played all the guitars and did the lead vocals. All keyboards were played by Wanga “Best Pro” Mukwevho. Tracks in the album include Kaidzani Vhana, I do na mvula, Dzhulu lo luma mukegulu, Phathu Wee, A i fhati mudi, O dzulaho vhudzumbamoni, Mikovhe ya tshilidzi and Nyavhumbwa wa dakaila.”

Masindi thanked all his fans, friends and colleagues in the music fraternity for giving him full support to realize his potential.

For bookings, public performance and CD sales Masindi can be phoned on 078 513 9031. He can also be followed on his Facebook fan page, Masindi Ephraim Thambatshira 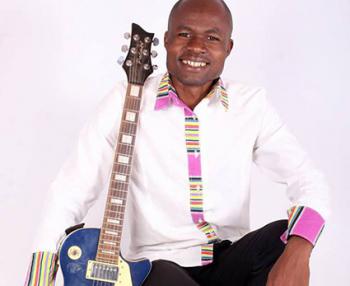