A well-known gospel singer, Naphy M, recently released a tribute album to the honour the late leader of the United African Apostolic Church (UACC), Archbishop Elias Miriri. The name of the album is Robala ka Kgotso.

The new album consists of seven songs and, according to critics, a change of sound can be heard on this new album. “My style is unique, and I won't alienate my fans with something else,” he said. “I remain Naphy M, whom they have known all these years.

He is very proud of his new album. "The album is a special gift to my fans and church members, and I’m happy that it is in great demand." He called the album a special gift to his loyal fans “because they are the ones who made me what I am today”.

He said he had already started promoting the album by conducting interviews on radio and staging live performances in different towns. "I wish people could listen to the album and find some healing or growth. This is the album to help you decide which way to go," he said.

According to him, adults must set a good example for the youth. “I can see that you are all happy and you love my music. I am still going to give you more good music,” he said.

He said even though he had not gone far in terms of education, he had come to realize the importance of education and always encouraged the young ones to put education first. He also encouraged community members to move away from CD piracy. “Buying original music is a clear indication that people are supporting us. Piracy is crippling the music industry, and I condemn it in the strongest possible terms.” 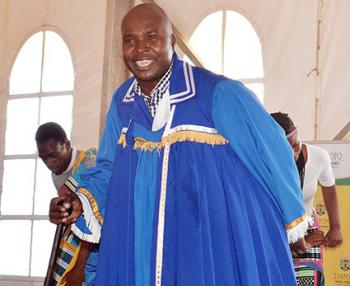