A 21-year-old poet, Jubilee Rivombo, is bubbling with excitement and happiness after the publication of her debut collection of poems, The place between the pit and the palace.

A resident of Njhakanjhaka village, Jubilee started writing and reciting her poems when she was in Grade 4.

“At first I had mostly treated writing for a hobby, but then it got to be my strongest passion,” she said. “Just being able to share my art is an honour and a privilege that I do not take for granted.”

She had always kept a notebook where she wrote her pieces, but she never actually shared her early writings with anyone. She believes that publishing one's work comes with a sense of vulnerability on the author’s part. “It isn’t just sharing your pierce of art, but also pieces of you with the public,” she said. “However, we need to know that when we keep our work for ourselves, we are not inspiring anyone.”

Her collection of poetry was inspired by the biblical story of Joseph. “This is a book for individuals who see themselves as dreamers and go-getters taking the world by storm,” she said. “It is a book in every dreamer’s life where he or she faces disillusionment, a frustration at the pace at which they are realising their dreams. That place where they feel so close and yet so far away from reaching their dreams.”

She encourages every individual who has identified themselves as a writer to not only write for themselves, but to write for the world as well. A book is not just a milestone or legacy, it is a work of art. “The world awaits your sense of style, your perspective on life,” she said. “The world is waiting to engage with you or for you to engage it.” 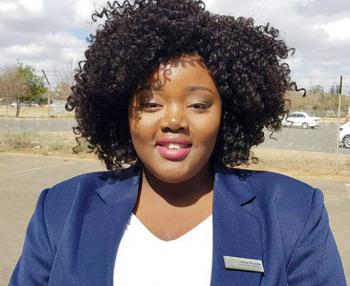 Jubilee Rivombo is bubbling with excitement after the publication of her debut collection of poems.