How C-Jay is building a music empire

An award-winning rapper, Phuluso Tshivhase, is well on his way to building an empire in the music fraternity.

Commonly known as C-Jay in the Venrap industry, his music has reached the national platforms with videos played on Channel O and MTV.

Sharing his journey with Limpopo Mirror, C- Jay insisted that he did not give away his music for free anymore but used digital platforms such as iTunes, Amazon, Google Play, Spotify and Deezer to distribute his music.

“My music has been different over the past few years and I have changed a lot in marketing and production as well as distribution,” he said.

He said giving music for free helped distribute music to people swiftly but did not generate any profit. This made him realise that he needed to grow and learn from international artists.

“A song can be downloaded by more than 40 000 people for free, whereas, on a digital platform, if five people download that song, you will get money,” he said.

When he released his first album, he subsequently started his own record label Holy Hustle, named after his first project, not only to promote his music but also to uplift other Tshivenda artists.

He has since signed some local musicians under his label, who have come and gone on to start their own record labels.

This rapper does not believe that English is the language that will help his music gain international recognition, but the quality of the music. “I am one person who cannot rap the whole song in English without adding the Tshivenda flavour. English is not really important to me when it comes to music.”

“When the music is good, it is good regardless of the language. I am pushing my music in my mother tongue,” he said.

C-Jay believes that local artists like him will one day be the prominent names in the country through Venrap music. “I believe it is great that when we are given a chance, we are better than many musicians outside Venda who claim to be the best,” he said.

For a while, he worked with musician FloydBest and released a single, Bona, which received airplay on various national radio and music TV channels about three years ago.

He is currently working with the local popular MacFam recording label.

When this label approached him, he subsequently agreed to work with them in a partnership deal and did not sign with them. “I felt that both brands are big, and it will be best if they work together,” he said.

Together with MacFam, his next project is to start a company that will provide a platform for local musicians and strive to market their music locally, nationally and internationally.

He said the company would help local record labels to be recognised and known within music circles, not only in South Africa but internationally also.

“Winning an award, releasing a song or an album is no longer a big thing for me. My biggest goal right now is to build an office that will unleash the talent that is here in Venda and take it to the international platform,” he said. 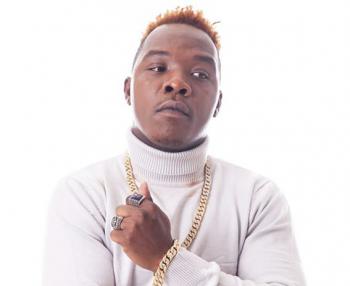 C-Jay wants to start a platform that will take local rappers to international stages. Photo supplied.