One of South Africa's hottest musicians, Percy the Postman, will represent the country at the Primavera Festival in Barcelona, Spain.

Percy the Postman was born Percy Mukwevho, into a family of seasoned singers and musicians in Vhembe District. He started performing live when he was about eight years old.

He released his debut album, Here I am, at the age of 13 in 2001. On Here I am, the young singer was asserting himself and his entry into the music industry.

He is enthusiastic about his participation in the international music festival. “This is a great deal to me,” he said. “The invitation and participation serve to reflect on the history of my career. This further shows that I am embarking on a whole other level of my musical journey.”

His second album, Spectacular, followed in 2003. He was one of the young generation who were signed by EMI/CCP, who marketed and distributed their music to a larger audience. Some three years later, he made a comeback with In the Headlines, which boasted hits such as Ordinary life and Roses need to be watered.

“That was a flowery season of my career and I enjoyed it,” he said.

In 2015, he released his masterpiece album, The P-PostMan Album, which had hits such as You gonna know (who we are), on which he featured the world-acclaimed artist Anthony B. More stand-out songs included Legend, Gimme di ganja and Lion and Son o' Lion.

“I am now working on a new project that is almost in post-production. We are doing some touch-ups on it and the material comprises live fusions with the best of instrumentalists ever,” he said.

The Primavera Festival runs between 27 May and 2 June. “My performance will be nothing but epic,” he said. 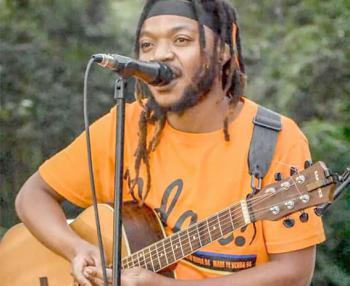