Lufuno takes gospel to the villages

His song Shela Muya has become very popular on both radio and television. But the community of Ha-Makhuvha village, just outside Vhufuli, will have the opportunity to rub shoulders with Lufuno Phalandwa as he takes the gospel to the people on 15 June.

“My supporters at Makhuvha and all those who will drive from different corners of the country to attend the event must expect original music from my album when I acend the stage at the Apostolic Unity Auditorium on the eve of Youth Day,” he said.

The 26-year-old Phalandwa said he decided to take his show to the villages because he wanted to be accessible to everyone and to ensure that his music was known even in the furthest of villages.

“I’m from Ha-Mutsha village. I recorded my live DVD there and it is my belief that, as a village boy myself, I have the backing of fellow villagers and it is my responsibility to uplift my communities through initiatives such as this one,” added Phalandwa.

With an entrance fee of R70 per person, the event is likely to attract gospel lovers from Tshitereke, Vhufuli, Tshidimbini, Vondwe, Ngudza and other surrounding villages.

Phalandwa also said that the show was another way of commemorating the hard work done by the youth of 1976 who had fought for freedom. “We now have freedom and our job is to be responsible for all our actions and have a positive impact on society,” he said. “I see no better way to touch lives of communities than through the gospel of Jesus Christ.”

Tickets for Shela Muya Night with Lufuno are on sale at Computicket, Shoprite, Checkers and U Save. 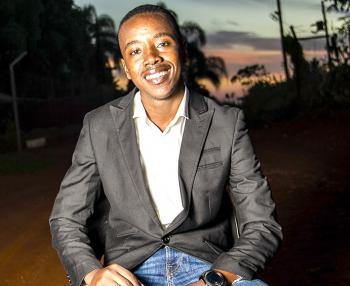 Lufuno Phalandwa takes the Gospel to the people on 15 June.