Micah of sterling sounds and beats

A hip-hop artist, Micah, is a fine singer who has released popular singles in this genre this year, including the hit single entitled Blessings.

A resident of Tshisahulu village near Thohoyandou, he drinks cups of inspiration from the music of Nas, Eminem, 2pac, Bob Marley and Peter Tosh.

“As people, we are experiencing life on a variety of levels and those are the social levels that we put in place, but then, if one appreciates what he or she manages to achieve in life, there's a reason to celebrate,” he said. “Most people find themselves complaining all the time and find no reason or time to celebrate life.”

On Blessings, Micah features the award-winning artist, KashFlow, and the single has just been lifted from an extended play (EP) number that he is currently working on. The EP is aptly entitled A Star from Afar. The title is poetic, and this stems from the fact that Micah started his artistic journey as a poet.

“I still write poetry even today,” he said. “There's music in poetry.”

He had previously released a single, entitled Setbacks, which had trended greatly on South African Twitter newsfeeds prior to its release. Even today, the song is still a trendsetter on HYPE Magazine platform's charts, at number 7. He had apparently made a name for himself before, with the hit Read my mind.

“Furthermore, on Blessings, I sing about non-materialistic blessings, using metaphors, similes and many figures of speech to reach my total expression,” he said. “I am surprising the enemy with the goals I am reaching as a person. I am blessed with a strong fanbase, a good manager, and international airplays.”

Blessings was released on 10 May 2019 through online music stores, with the iTunes Pre-order link made available before the intended date of release. 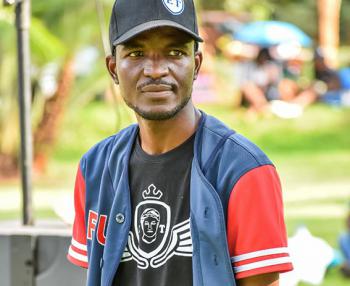 Micah is a fine singer with popular singles released in the hip-hop genre this year.