Postman leaves world fans begging for more of his music

A skilful guitarist and singer, who embodies the youth’s aspirations, Percy the Postman, landed at the OR Tambo International Airport last Monday after a week-long participation in the international Primavera Festival in Barcelona, Spain.

He represented the country so well at the festival that he left world-music lovers begging for more as he left the stage each time he performed.

“All people – from music fans to promoters, the locals and show organisers – could see that I had brought them not only a slice of a South African musical experience, but the soul of our sounds that carries in them our unity, love, peace and humanity,” he said. “We still amaze the people the world over with our democracy, peace and unity. Our country is rich in artistic output of high quality and value.”

He stated that he had also enjoyed the cultural exchange experience that he had had in Barcelona. Artists from all over the world had attended and participated in the festival. “I had the best time of my life in Barcelona, and to say the least, the hospitality was amazing,” he said. “I have been performing since I was eight, but I have never performed at an event of this magnitude. The event was well attended.”

The Primavera Pro Sound 2019 was one of the biggest shows in the world where they accommodated more than 200 000 audience members.

“My performance was clean and amazing, and I was excited to see Spanish people jamming to my music,” he said. “I did a collaboration with Emergency Tiara from Japan and Makhenna (USA) and this collaboration was amazing. These artists were a joy to work with. I had an opportunity to brush shoulders with Nas, Miley Cyrus, Erica Badu, Edsun (Uruguay), El (France), 5 (USA), Rosalina (Spain), Hernameisearth (UK) and Glen (Sotho Mafia).”

Percy the Postman was also bowled over by the modern infrastructure, monuments and public art designs in Spain. “I was awed by how the people kept their Spanish culture alive – through language and art,” he said. “We got first-class hospitality and I loved the food and the love of music. You find more than 10 stages at one festival and all are packed with people from all over the world.”

He thanked his manager at Rita Dee Entertainment, Rita Dee, for making the participation in the Primavera Festival and the trip to Spain a reality. “Managers like Rita Dee are a rare breed,” he said. “I understand that I have been an artist in my own right for decades now – but as artist I feel like my music career has just kick-started. I will be heading to America in March next year for another international festival.”

Percy the Postman is currently putting the final touches on his new album. He is available on Facebook and can be reached via his manager, Rita Dee, on 082 066 6533. 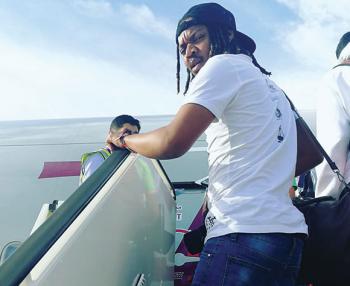