A talented actor who excelled as a singer in the comedy-action movie Western Style has just released his latest album.

A resident of Vleifontein, Martin Musetha, released One Day - Ndau i do vhomba, which comprises six hot songs. The songs are One day, O i kanda mutshila, A huna ndavha, O s'momo tshanga bby, Irie te be patu, and Thuso.

“Singing comes easily to me as I sing from the heart,” he said. “Music is the source of all joy, happiness and peace. We sing and listen to music when we are happy, sad and crying – and this kind of music that I am doing has a way of healing the broken heart.”

On the song O s'momo tshanga bby, Martin bares his heart for his s'momo (sweetheart) and he uses the streetwise lingo in the lyrics as much as in the song titles, in words such as 's'momo' and 'bby'. “In most songs I am speaking to the youth, and the only way to reach them is to use the language they understand or use on a daily basis,” he said.

He stated that he had discovered his singing talent while singing in different choirs, and with some artists as a backing vocalist. “I took part in the recording project of Mudzimu ndi Tshedza in 2009,” he said. “However, that project never saw the light of day as it was eventually not released. But I did not give up as a singer who loved music with my whole heart.”

Just between 2009 and 2011, he wrote many poems that matured into songs, and he recorded some of the very songs that were a mixture of free verses and some rhymes recorded to house sounds. The album was released under the title The Living Voice. This was followed by his RnB album, entitled I wanna thank you, mama.

Martin put emphasis on his latest album's title, One Day - Ndau i do vhomba, where he stated that there would come a time where God would decide to speak with people in his own voice and face to face because people were failing to listen to Him. “Sometimes I sit down and think - only to realise that the world is quickly forgetting the Maker of Heaven and Earth, who is also the Creator,” he said. “All that God needs from us is acknowledgement that He exists, and for us to live according to his Word.” 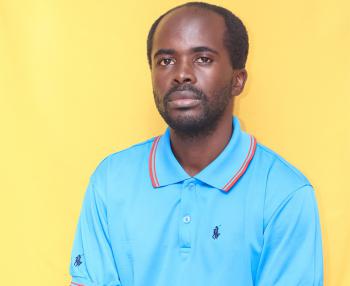