Many music fanatics love the music for its entertainment element and others also go for the catchy stage name of the artist, as is evinced in the talented Rol Dee's persona as a hip-hop artist.

“I'm Rol Dee! I'm Rol Dee!” is how he normally introduces himself upon ascending the stage and each time he needs to perform.

He is famous for the megahits Kha fune nne (Love me) and Mbilu yanga (My heart), which had also earned him respect among thousands of music lovers who follow him on his social media accounts.

“Mbilu yanga is a dance-hall song and people love it,” he said. “It was popular here at home in Vhembe because people could dance and receive the message at the same time. I had featured Fizzy Toofab on it.”

He said that he had a desire always to compose the kind of music that people would relate to, because he did not want to sound strange to his fans.

“When I started composing songs, I wanted to be famous. A few years later, however, it came to my senses that I am talented and I could use my talent to heal people’s hearts and uplift their spirits,” he said.

He stated that he discovered his music talent at the time when he was a student. He loved music very much, so that suspending his career for some time to focus on his studies first, because he values education, was not easy. “It was the hardest decision I had ever made in my life, to put music on hold for three years,” he said. “I am glad I took that decision because I passed my Grade 12 and went to Northern Technical College and now have a diploma in public relations.”

He established his record label in 2018 and signed himself as the first artist. He dropped a mixtape, entitled Meercyian and the boys, which comprises 11 tracks. The mixtape is available on Reverb and Youtube.

“I am currently working on an extended play that will come out as soon as possible, and the video for Kha fune nne was done and it will be out soon,” he said.

Rol Dee is a resident of Itsani village near Thohoyandou. He was born Khathutshelo Mudau and can be reached on 076 312 9939. 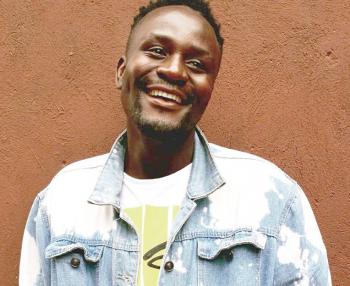