The Vhavenda Cultural Group's latest studio-recorded album, Sialala, is a package of musical delights, which has been prepared by some talented singers.

“The songs have been widely welcomed, especially Sialala, which speaks about the eternity of the culture,” said the group's manager, Mpho Miriri. “It encourages the youth to respect and embrace our culture.”

The purpose of the group is to compose, sing and promote Tshivenda cultural music and spread culture through music. “We further aim to keep young people in one place, out of the street, and for them not to forget their cultural roots,” Miriri said. “Most of our members are youths.”

“We also got nominated in the Tshivenda Music Awards that very year, which encouraged us,” Miriri said.

The group is going from strength to strength and was recently nominated for the South African Music Awards 2019 in the Best Traditional Group category.

Those interested in Vhavenda Cultural Group can phone Miriri on 073 944 8927. 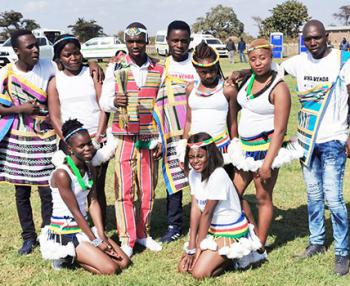 Vhavenda Cultural Group is going from strength to strength with the release of new songs.