Artists from the Vhembe District returned with three awards from the Limpopo Music Awards (LIMA) that were held at Meropa Casino Hotel in Polokwane on Saturday.

Speaking to Limpopo Mirror, Kingdmusic said: “I feel so humbled, because I was nominated with some of the heavyweights in the gospel music industry. I’d like to thank all my friends, family and everyone who voted for me. Thank you for supporting what God is doing through me.”

The talented jazz artist Ndivhuho NL said that he was delighted to have won the award. “This is a record to me, because this is the third award I’ve won this year. I feel like a living legend, celebrated while still alive. I thank everyone for spending their airtime to vote for me. God is the answer of all my success.”

Acolly Mandisa said: “I feel very happy and humble. This was my first nomination and I’m glad I had an opportunity to win it. I would like to thank the almighty God, who is always by my side no matter what I come across, and my parents for the support they are showing me towards my music. I also thank my fans who voted, including my church members at His Kingdom Ministry for showing me the support and praying with me.”

Acolly has three albums under his belt, which are Ndo vhona mini, Zwa Mutani and Elelwani. “The fans must expect quality music full of messages that build and heal hearts. This is not the end; it is just the beginning. We are still going to collect more national and international awards,” he said.

The overall objective of the LIMAs is to encourage local artists to go beyond their passion for music and produce music that meets the highest standard. It also serves as recognition for their hard work. 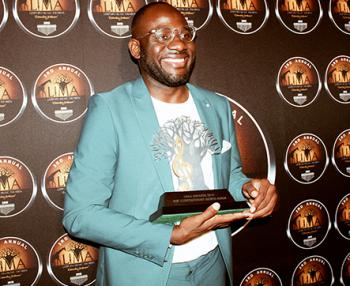