“I am so in love with the album. Maybe it has to do with the fact that it has taken me many years to work on and complete it,” he said. “It might be long in terms of tracks, but I know every lyric on it – even if you were to wake me from a deep sleep and ask me to sing me a song of your choice from this album, I will do so without any hesitation.”

On some songs he had worked with Code Mundalamo and Ras Canly. The title A huna wa fhasi shangoni directly translated means that “all people are important in life or in this world”, and that people should stop disrespecting others and start valuing them.

“We are all God's creation,” he said. “Why should you despise your fellow man on the basis of their financial standing in society? If you respect people for who they are, and not for what they have, you'll see more value in them.”

Begwa started singing at the age of 16, and he was motivated by reggae artists Shufflers and Kenny Murabi. “They are two artists whose live performances speak directly to my soul,” he said. “Both of them remind me of Peter Tosh, whose music is original form of roots. However, my role model is Colbert Mukwevho.”

He had worked as producer and engineer for decades, and some of the artists whom he had produced went on to win awards. “I had always rejoiced when I got news that an artist I had worked with had won an award or two for the project on which we had worked together,” he said. 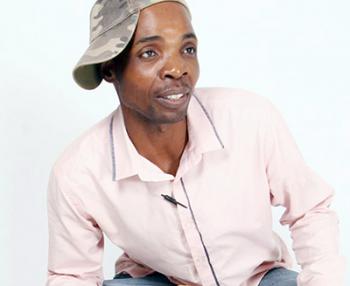