Local hip-hop artist Henny Chauke, affectionately known as Henny C in music circles, is on cloud nine after winning the best producer award during the Limpopo Music Awards (LIMA) held at Meropa Casino Hotel in Polokwane a fortnight ago.

Chauke, a resident of Mphambo village in Malamulele, said winning the award was amazing. “I feel really over the moon. I don't take this award for granted and I really appreciate it. I feel so honoured to be recognized as the best producer in Limpopo because I've been working so hard. I want to thank my manager for believing in me when nobody did and everyone who voted. I also thank my wife for her motivation because it’s not an easy journey,” he said.

Henny C have been in the music industry for more than 15 years, but only got his break in October 2016 when he was given a chance to record his first Afro RnB album. His albums are inspired by his personal life. His first single, Lovola money from his debut album, got him two nominations in the South African Upcoming Music Awards in 2017.

He released his second album, entitled Tsonga Prince Revived, in October 2017 with the hit single Romeo and Juliet. Over the years he has produced a lot of music for local artists.

The mayor of the Collins Chabane Local Municipality, Cllr Moses Maluleke, congratulated him on winning the award and urged other upcoming musicians to emulate him. “As the municipality we are blessed to have musicians such as Henny C. We can say it without a doubt that Collins Chabane Local Municipality is the home of talent, because we have award-winning artists such as Dr Thomas Chauke and Sam Sikiza,” Maluleke said. 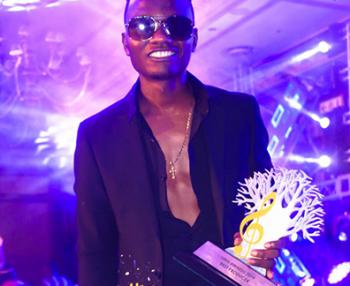