The rise of Razie Kay

Razie Kay, also known as Rudzani Khavhela of Maungani village, is one singer who has found comfort, healing and life's purpose in music.

He has just set the music world ablaze with hit songs such as Mbilu yanga, Romantic, and Revenge – but he will be announcing his upcoming project shortly.

“Music is a medicine to those who listen to it and get to enjoy it,” he said. “It's a therapy. It's also a weapon that we use to fight prejudices of the social systems that suppress vulnerable people.”

He started singing when he was at primary school, where he also excelled at music competitions. “I even got myself recorded but just for the fun part of listening to my voice on instruments and it all made some sense even at that stage,” he said. “Some of the songs became so popular on the school grounds and I was put up there on the stage as the singer of the moment.”

He mentioned Lucky Dube, Colbert Mukwevho, Meriam Makeba, Bob Marley, and Yondo Sisters as some of the artists who inspired him.

“I still look up to my manager, Rita Dee, as a strong mentor to me,” he said. “She's the only woman who showed me that it doesn't matter where you come from but that you can make it in this industry if you work hard. She is brave and having her as my mentor is a blessing.”

He has worked with the giants in the VenRap genre, who include MizoPhyll, Maxy Khoisan (Botswana), Vhuyie Da DJ, Makhadzi and Ramzeey. “Last year I performed at the Tshivenda Music Awards ceremony and that was a milestone in my career,” he said.

He will soon launch his full-length album, Rudzani. “This album will take you back to your roots with some Lucky Dube vibe on Colbert Mukwevho and an RnB twist,” he said. “

The album will be available from online stores. On this album, he worked with Trojan, Mariana Nephawe, MizoPhyll, Ramzeey, Maxy Khoisan and DJ Blizz. 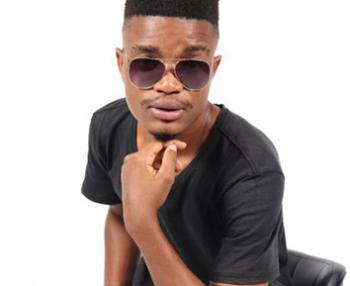