Samantha Bugana Baleni, known as “Blaque Coca”, has stepped onto the music scene with a quantum leap of energy and strength, coupled with amazing talent and the skill of a rapper.

“As an artist I create hip-hop music, but then I dabble in poetry and various genres of music with the easiness of a versatile artist,” she said. “I am also a spokesperson for ‘living with Vitiligo’ groups as I too am living with the skin condition.”

She discovered her talent in 2011 when she had successfully attempted to translate her opinions and experiences into music. “Music is an incredible platform to inject positive change among South Africans,” she said. “Music is a platform to educate, inspire, motivate and even bring joy, peace and love where needed. It is a channel to release emotions and regain power over your life.”

This 26-year-old rapper from Nzhelele is currently residing in Boksburg, Johannesburg. She is mother of two children and is in a civil union with her partner, Thando.

According to Blaque Coca, the influence that an artist has should be used wisely by not only bringing peace and joy to music lovers, but by speaking out on issues of substance abuse and other crimes such as rape and gender-based violence. “I am a rape survivor and I know how dealing with those incidents hurts,” she said. “Anyway, we can inspire real revolution by speaking intelligence in music and rejecting hate-rap and beef in the hip-hop industry.”

She is inspired by artists such as Gean Grey, Lauryn Hill and Stogie, for they all not only make catchy music, but they create message-filled music. “They are more focused on the uncomfortable truths that break the chains of pretentiousness and self-doubt,” she said.

Her latest hits are entitled Coca’s Revenge and Naked and they are already receiving critical acclaim in the music industry. She plans to release a seven-track EP on 1 December. 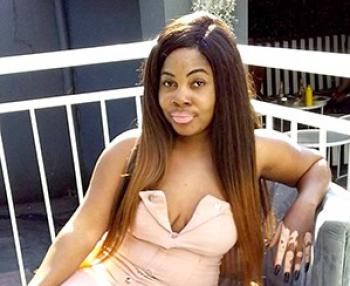