Jeffrey's poetry appeals to those with African roots

Rembu Mphilo, also known as Jeffrey (a name given to him by his late grandfather), is a bard of the Lemba, whose poetry appeals to all in that it is rooted in African culture.

Rembu, who was born in Madombidzha village but later relocated and grew up at Maila village, discovered poetry when he was just a child at a crèche in Madombidzha.

“I discovered poetry back in Gugu Grany’s (Vho-Clara) crèche when we were doing stage plays as kids,” he said. “I grew up reciting Bible verses in school as part of my oral presentation. It was in 2000 when I was doing Grade 9 when my then Tshivenda teacher, the late Mrs Ramarumo, discovered my talent as a poet, and since then I have never looked back.”

He said that, with his poetry, he aimed to preserve the history of the Lemba community and to educate the younger generation about their clan. “I don’t only do poetry but also recite the history of the Lembas during funerals, as well as offering praise poems during weddings and birthdays,” he said. “I had so far recited for Thovhele Vho-VC Nthabalala Ramabulana during Phalaphala FM’s Ria Luvha Campaign in 2018, which was well received by many. Honestly speaking, I would like to do praise poems to our current president, Vho-Matamela Cyril Ramaphosa, in parliament one day.”

He holds the view that poetry is a way of expressing one’s feelings, which the reader or listener does not always fully understand. “I am a cultural poet. You cannot separate my poetry from African culture and tradition, and vice versa,” he said. “My poetry focuses on all clans in South Africa and beyond. I’m very passionate about traditions and culture, hence the love of various tribes’ history and praises. There’s a strong relationship between culture and poetry, since culture reminds one of their roots, and once you know exactly where you are coming from, it also helps you when reciting your poems in confidence.”

Rembu belongs to the Buba clan of the Lemba. He points out that all Lembas have only one totem, which is a big star with an elephant in the middle. “An Elephant is a holy, intelligent, mighty and peaceful animal and many have placed it on the tombstones of their loved ones,” he said. 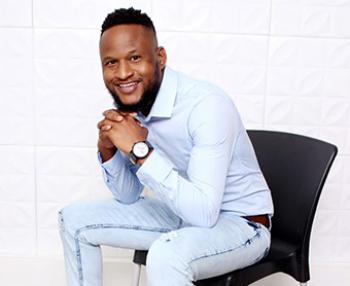 Rembu Mphilo is a bard of the Lemba clan. His poetry is rooted in African culture. Picture supplied.