TLF is shaking things up

Thendo Ramuntshi, who goes by the stage name of TLF or Thendo Love Factor, is an upcoming artist whose voice is starting to cause a tremor in the music industry.

He told the media that people started calling him TLF because he was always smiling. “I don’t know what anger is. I don’t allow anger to rule over me,” he said. “That’s the reason why I am always laughing. If we laugh a lot in life, we dispel many chances of falling ill, because a happy heart makes a healthy body.”

A resident at Hamakhuvha Matatshe, he said that music had taught him humbleness and respect. “When you listen to good music, you get to learn a lot of things from it,” he said. “Music is not something that just came out of nowhere for me. It has always been in my veins, for most of my family members are into music.”

He was part of the Learners’ Representative Council at Tshivhase Secondary School in 2018 and took that opportunity of being a leader to promote his singing talent. “We always need to exploit the opportunities which present themselves to us,” he said. “If we do not do so, then we are failing to network and properly get our names out there.”

“As long as you believe in and dedicate yourself to what you want to achieve, you can do it successfully. All you need is patience,” is his belief.

He recorded his first single, Rico bvelela in 2014 and more songs followed through the years. Among some of his other hit songs are Broken Trust, Mmbengeni and Jealous Boyfriend.

TLF had just signed a recording and promotions deal with Dzivha Records and his future as an artist already looks much brighter. 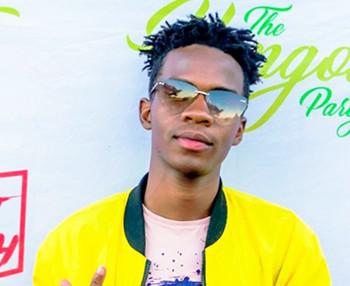