Masindi Managa, a Grade 11 pupil from Murunwa Combined School, has tapped into her creative talent and managed to write and publish a collection of poems.

Her book, Ardour, was launched two weeks ago (8 May) at the House of Grace Ministries in Louis Trichardt. The poems deal with her emotions, nature, love, darkness, and hope.

“When I was still much younger, I used to watch movies about writers running up and down, trying to look for publishers to publish their books, and it made a deep impression on me,” said the 16-year-old Masindi.

Managa self-published her book via Vhakolo Press. “The moment Masindi’s raw poems landed on our desk, we noticed that we were dealing with the poems of an ambitious young writer whose talent needed to be developed,” said Tshifhiwa Given Mukwevho, director of Vhakololo Press.

At her age, one wonders where Masindi finds the self-confidence to venture into a territory where other would-be writers face so many challenges. “Though I noticed how some writers struggle to get their books published, I armed myself. I actually find that the rejection inspires me. Those movies inspired me to keep on writing, in spite of the challenges it may hold,” she said. “But, then again, I have only chosen writing as a hobby, not a career.”

Ardour may be her first book, but Masindi believes she still has the muscle for a few more books in future.

Apostle Livingstone Simango auctioned the first signed copy of her book, and Dr Victor Phume, as the highest bidder among six bidders, took the copy home for R5 600. 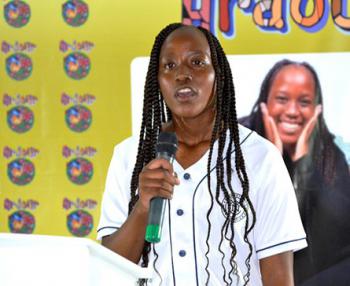 The 16-year-old Masindi Managa from Murunwa Combined School at the launch of her first book of poetry, Ardour, at the House of Grace Ministries in Louis Trichardt. Photo supplied.