Ramagwedzha is becoming a household name in soapies

The award-winning artist from Lwamondo, outside Thohoyandou, said that his achievement was confirmation that success did not have anything to do with where one came from. “I was born and bred in this dusty village of Lwamondo, but today everyone knows that there is Humbulani Ramagwedzha who play traditional healers on television. It should be a lesson to other people who want to realize their dreams that it is possible to achieve what you have set out for yourself in life. The most important thing is to work hard and be willing to learn from those who have been in the industry before you.”

Ramagwedzha said he was inspired by the late Tendani “Maswigiri” Mulaudzi who was a very talented actor from the same village. “I used to emulate him when he played radio dramas and I was more encouraged when he mesmerised viewers with his acting talent as Vho-Ratshitanga in Muvhango. I then told myself that if Mulaudzi from my village could make it, I could also succeed in this field. I have now realized my dreams and the rest is history.”

He thanked Pro Heed Agency for making his acting dreams come true. “Although I believe in myself, I wouldn’t have been where I am if it were not for Pro Heed Agency. They refined my acting career and placed me on various productions to showcase my acting talent.”

The founder of Pro Heed Agency, Sedzani “Pro Heed” Sigebe, said he felt proud when his products scored roles in various television dramas. “We have already assisted more than 800 extras, actors, models, presenters and voice-over artists to make their dreams come true on radio and television.” 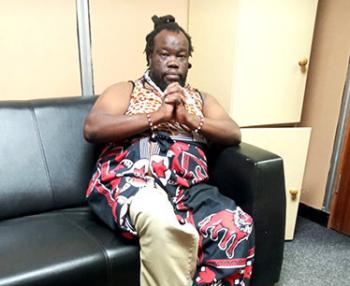