Life after retirement for singing teacher

“It is important to plan your retirement carefully and have something to keep yourself busy while at the same time providing some income.” This is an encouraging message of hope from a 69-year-old retired teacher, Tshimangadzo Esther Nevhutamba Sinyegwe of Vhutalu village, outside Thohoyandou.

Sinyegwe, who has won countless awards as a choir master during her 38-year teaching career at the local Vhutalu Primary School, has now find joy as a professional recording artist.

“I started teaching in 1977 and retired in 2015. For all those years, I was a choir master, and I was also involved in teaching learners traditional dances like malende and tshigombela. It then taught me that I can use my experience as a teacher to do something profitable when I am outside the teaching profession. That is where the idea of pursuing a new career in music kicked in. Age is just a number, and anyone can kick-start a new career despite being a senior citizen,” said Sinyegwe, who has just released her fifth Tshivenda traditional music album titled Venda la mulovha.

Besides being a full-time musician, Sinyegwe is the brain behind the formation of a traditional dance group called Tshitivhani tsha sialala in her village. “I’m also involved in youth development through a youth choir that I have formed some years back. I also make sure that I teach these young ones traditional dances and lessons about our culture and history as Africans,” said the singing legend, who served as one of the judges for Phalaphala FM’s traditional dance competitions.

She said of her latest Tshivenda traditional music album: “The album is rooted in the culture and tradition of the Vhavenda, and it is aimed at encouraging young people to take their culture seriously. A nation that does not keep its history and origin is doomed. I want to leave a legacy that my people will never forget when I depart from this earth. Protecting our heritage is an integral part of that legacy. And this can be achieved through giving people pure traditional music. I am happy that the album has been received well by my fans and it is receiving fair airplay in various radio stations.” 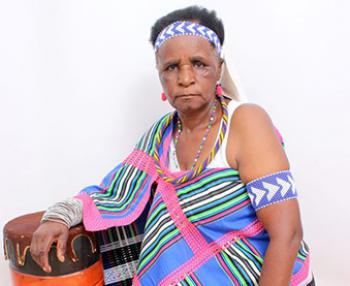