The album, containing eight tracks, is already in high demand locally and expected to do well commercially too. Mazwale said that she was very happy with her latest release.

A resident of Mapate, Mazwale’s journey to stardom started many years ago while she was still in primary school at Mapate village. “My voice stood out both at Sunday school and at community gatherings, and I later became the lead vocalist at our local church. I always found myself leading and everyone kept on talking about the little girl with the ‘sweet voice’, and the rest is history.”

Though the new album as a whole seems to be doing well already, Corona, Ma 200, Ariye Munatini and Tsinga ndedede appear to be enjoying special favour with the fans.

Mazwale admits to having a personal love for House music and said she was really just trying her luck with this latest album. “I was ecstatic to learn that this has been my best offering yet. I am truly moved by the massive airplay the album is receiving on national and regional radio stations at the moment. Everyone who listens to it is just in awe of the composition in general, and for that I am grateful,” she said.

For Mazwale, the most important thing about her new album is that she remained true to herself and who she is when she did the recording. “I didn’t want to imitate anybody and that is why the album is so outstanding, unique and soothing to the listeners’ ears.”

She encouraged young people to realise the importance of education, and to put that first. “People change through life, and it worries me that so many of the children in the Vhembe area abuse alcohol and drugs. I would very much like to see people get together and address these burning issues, so that they can stop,” she said. 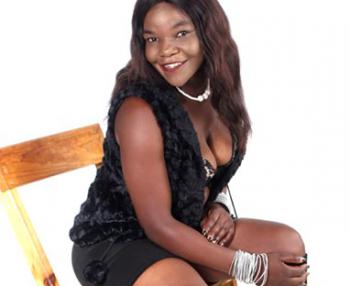