Pastor Rufus Maphula is back with another inspiring book

After a six-month hiatus, Pastor Rufus Maphula has made a comeback with another inspiring book, Principles for Youth Success. According to Maphula, the book is fast becoming a best-seller even though it has been on the bookshops’ shelves for about three weeks only.

The book is 198 pages long with 21 chapters. Some of topics covered in the book include guidelines for choosing a marriage partner, excuses that young people make that stop them from achieving their youthful aspirations and dreams, understanding the true meaning of life, rape is never the victim’s fault, bullying and its repercussions and good jokes for your health.

The 47-year-old resident of Lwamondo village in the Tshishushuru area published his first book, titled Muswa a re na vhuyo (a youth with destiny) Volume 1, way back in 1995. Following the book’s success, Maphula was compelled to publish Volume 2 the following year. For reasons only known to himself, Maphula disappeared from the publishing scene for almost three decades after publishing his first two books, until he resurfaced early this year.

About the new book, Maphula revealed that Principles for Youth Success is dedicated to all the young people who are determined to make it in their encounters. He said that after reading the book the youth would discover the true meaning of becoming who God designed them to be and that they too could make it in life despite their present condition.

According to him, his wife Dr Angie Maphula, had contributed towards the publication of his new book. Pastor Maphula is no ordinary author. He is a youth counsellor, mentor and coach as well. For more information regarding the book, Maphula can be reached on 0762172933/ 0682683666 or rufusmaphulabooks@gmail.com or angelinamaphula@gmail.com. 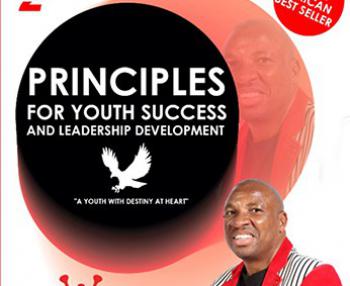