The 62-year-old Tshivenda poet, Nndanduleni Mulaudzi, was completely overwhelmed when he was announced the 2021 winner of SALA’s prestigious Poetry Award. The South African Literacy Awards (SALA) were held online on Sunday evening (7 November).

“Where to begin? Where do I even start? I am at a loss for words!” Mulaudzi expressed his joy at receiving the good news about this literary triumph. “This is my first book and first award, and this achievement makes me stand confident that great things are yet to come.”

The judges described Mulaudzi’s debut poetry collection, called Khonadzeo, as follows: “The author’s orthography and the themes of various poems are good and quite interesting. They include epic, sonnet, elegy, satire and lyrical poems. The poems are about day-to-day life activities, deliberating about education, Christianity, crime, human behaviour, wealth, awareness of various things like diseases, envy, relationships and life’s challenges.”

Khonadzeo (‘Possibilities’) was published in 2019, but unfortunately was not received with as much enthusiasm as was hoped. “It’s sad how most of our people still believe that books written in our own language are not worth buying and reading,” he said. “Now that Khonadzeo has been awarded the Best Poetry prize, it goes to show that we don’t have to glorify European languages at the expense of our own African languages.”

Mulaudzi, who resides at Ha-Mavhunga-Gondeni village, is already discussing a translation of Khonadzeo with his publisher, Vhakololo Press, based in Louis Trichardt.

“I was encouraged to continue writing poetry by my teacher, Vho-ND Davhula at Tshipakoni Secondary School,” he said. “Remember, that was back in the late 1970s, and from then on, I had never looked back.”

Mulaudzi left school in Standard 8, and in 1983 went to work at the Pretoria City Council as an electrician. In 1985, he worked at Unisel Gold Mines in the then Orange Free State. “The writing bug hit me again in the early 2000s, when I found myself subsisting on odd jobs, and I had time to reflect on and write my poems,” he said.

Khonadzeo can be ordered directly through Vhakololo Press at R150. Call 078 503 1804 or send an email to vhakololopress@gmail.com. 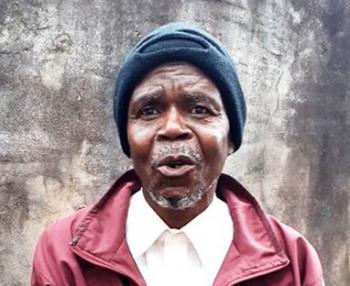