Thembuluwo Thanyani, aka Tee Boy The-Vocalist, is one of Vhembe’s emerging young talents. The rising hip-hop singer assures his fans that he will be releasing his second album, titled Down To Earth, next month, and that they will not be disappointed when they hear what he has cooked up for them this time.

The 25-year-old artist, who resides at Tshifudi Tshikombole village, is slowly but surely making his way up the ladder in the music industry. The upcoming album follows his first very successful album, University of Scotland, which was released two years ago, including the song O Sheliwa Muya.

Down to Earth will be packed with 10 full tracks. “For this album, I’m working with the likes of Blessa, Batondy, Worth Vee and other great artists. The album touches on things that are happening in society, but my music also focuses on love songs,” he said.

Thanyani completed Grade 12 at Mpandeli High School in 2015 and attained his diploma in public management from the Tshisimani TVET College in 2019. He ventured into the music fraternity 12 years ago and his desire for singing love songs earned him the moniker ‘Doctor Love’. He says he was inspired by the acclaimed late American hip-hop rapper/actor, Tupac Shakur.

His talent was sharpened by one of the top local VenRap artists, Rotondwa Silimela, or ‘Batondy’ as he is famously known in music circles, who also featured on his first album.

“Since then, I have been getting a lot of supporters and followers. I was a big fan of Tupac Shakur before I met Batondy, who secured a name for himself in the Vhembe region with the quality of his music and style,” said Thanyani.

On the challenges he faces as an artist, he says, is that balancing work and music can be difficult. “The trick is to find the time for everything.” 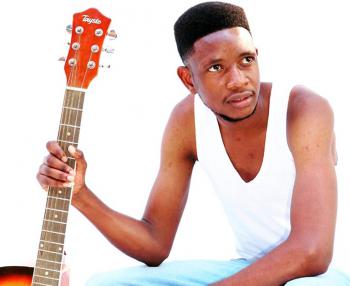