Interview has opened many doors for talented MC Mudifho

When comedian and motivational speaker Nthuleni Radzilani, famously known as MC Mudifho, got invited as a guest on Phalaphala FM presenter Humbulani Nengovhela’s Nambi ya dzinambi show on Saturday, 4 June, nobody was prepared for his unexpectedly pleasant voice and rib-cracking jokes.

Seldom before has the radio station’s telephone lines been as busy with incoming calls from listeners. Those who did not know about him were pleasantly surprised that the tiny village of Khubi housed such a great talent.

At 23, Radzilani is also a master of ceremonies (MC) of note and a powerful preacher of the word of God. He shared how this memorable moment on Phalaphala FM came about: “I was MC at an event to empower the disabled in Thohoyandou last month. As usual, I steered the ship very well and everyone was happy with my jokes and how I handled the audience. I was not aware that Humbulani Nengovhela from Phalaphala FM was among the audience, though. After the event, Nengovhela invited me to be his guest of honour at the SABC studios in Thohoyandou.”

This, he said, had opened many doors for him. “I enjoyed sitting behind the microphone with the presenter for two hours and the listeners did not want the programme to come to an end. It was a great feeling. After the programme, I received many calls from people who invited me to different kinds of events as master of ceremonies and comedian. My diary is almost full with bookings for the next three months because of the exposure I got from Phalaphala FM.”

Radzilani started entertaining people as a high school student at Mphalaleni High in Matangari. “Every time I opened my mouth, my fellow students and teachers cracked up. Sometimes the teachers asked me to open the morning devotions with a passage from the Bible and prayer, or to deliver a motivational speech to the learners during exams. I was eventually invited to be part of the Khubvi Community Theatre, where I played lead roles in a few plays. That was when I realized that I had a unique talent that I could use to change my life and the lives of those around me.”

The young man, who has great compassion for disabled people, plans to host a talent search for disabled people at the Thohoyandou Arts Centre on Saturday, 9 July. “We have a lot of talented disabled people, but most of them lack exposure because they don’t get the necessary support. This will be my way of ploughing back into the communities that have supported me through my work as a motivational speaker, master of ceremonies and comedian.”

Radzilani is available on Facebook (Mc Mudifho S.A) or can be contacted directly on his cellphone at 079 558 2904. 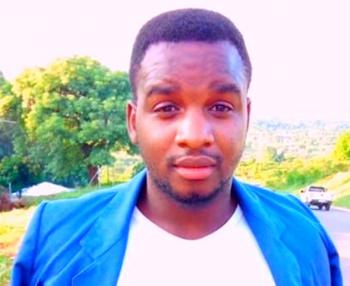