The Hawks’ Serious Commercial Crime Investigation unit has today arrested six suspects aged between 24 and 37 for alleged fraud and theft.

According to Hawk spokesperson Capt Matimba Maluleke, the six suspects were arrested after investigations revealed that between January and October 2018 the six suspects, two drivers and four petrol attendants, allegedly connived and unlawfully used the private company’s fuel cards to refuel their own private vehicles and withdraw cash to bribe the attendants in the process. “The investigation revealed that the company lost approximately R1.8 million from the group’s alleged fraudulent activities,” said Maluleke.

All suspects are expected to appear at the Dzanani Magistrate’s Court on Monday.  “The possibility of more arrest cannot be ruled out,” said Maluleke. 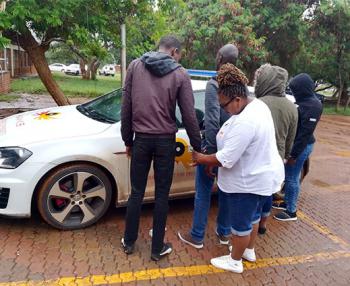