As part of its ongoing efforts to drive and improve South Africa’s road infrastructure, the South African National Roads Agency (SANRAL) hosted its flagship stakeholder engagement session, Taking SANRAL to the People, in Thohoyandou last Friday. The session was aimed at sharing information on upcoming projects within the Thulamela municipal area, the main one being upgrades to the R524.

“The purpose of Taking SANRAL to the People is for us to engage in conversations with the community of Thulamela Local Municipality and, most importantly, to highlight the projects that they can participate in, particularly roads such as the R524 that pass through the municipality,” said Moloko Masenya, stakeholder co-ordinator responsible for the Northern Region, in a media statement after the stakeholder session.

“We want inclusive participation which will allow for equal opportunities for local SMMEs in the region of Thulamela Local Municipality,” added transformation officer Tshegare Moletsane. He further went on to note that SANRAL’s transformation policy has a mandate to ensure that black-owned contractors and suppliers are recognized in projects that are managed by the road agency.

The upgrading of the R524 was prioritised, which will also include routine road maintenance (RRM) activities. “Upgrading of the National Road R524 will stretch from Section 1, starting at Louis Trichardt, right through to the R81,” reads the statement.

“The main activities to be carried out will include major drainage structures and bridges; traffic accommodation; lighting; construction of community access roads; construction of pedestrian facilities such as sidewalks and bus shelters,” said the project manager for Northern Region, Origin Sengwane.

The statement adds that the RRM activities will also offer an opportunity for the local SMMEs in the Thulamela municipal area to obtain skills development and training by obtaining on-the-job experience. RRM activities to be covered will include general maintenance, such as cleaning of culverts, earth channels and drains. In addition, the construction of drainage systems (like concrete works), litter picking, erection, and repair of road signage and the removal of illegal signs will be undergone.

The statement concludes to say that all SANRAL projects require the establishment of a project liaison committee (PLC) prior to contract work for the R524 is issued. The key role of the PLC is to ensure that transparency on how labour and subcontracting opportunities are awarded exists and, most importantly, that the local community of Thulamela Local Municipality is integrated as constructively as possible. The statement, however, makes no mention as to when these proposed upgrades to the R524 are envisaged to start. 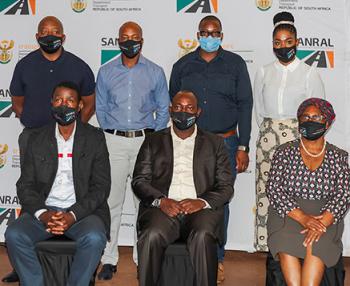