Who will be the Thulamela champions?

The much-awaited Thulamela Mayoral Cup Tournament final will be staged at the Makhuvha Stadium tomorrow. Mudaswali United Brothers and Tshiulungoma FC will meet in the final.

Tshiulungoma’s way to the final went via Vondwe Dangerous Tigers, whom they beat 6-5 in their quarter-final match. They went further to beat Tshilavulu Elite 3-2 in their semi-final match two weeks ago.

United Brothers overpowered Tshikonelo United 4-0 in their quarter-final match before beating Maraxwe Happy Boys 2-1 in their semi-final match a fortnight ago.

Tomorrow’s programme will be preceded by the losers’ final match between Maraxwe Happy Boys and Tshilavulu Elite at 11:00.

The main match between Tshiulungoma and United Brothers is scheduled to kick off at 14:30. Tshiulungoma have the likes of Ndivhuwo Khathula and Livhuwani Makondelela as their secret weapons.

According to the rules of the tournament, no extra time will be added and if the game ends in a draw, the teams will proceed straight to a penalty shootout.

The third- and fourth-placed sides will receive R7 000 and R5 000 respectively, as well as a soccer kit. Teams booted out of the tournament in the quarter-final stage will each receive R1 000.

The tournament’s top goal scorer, best goalkeeper, best referee and the best player will also be given awards. 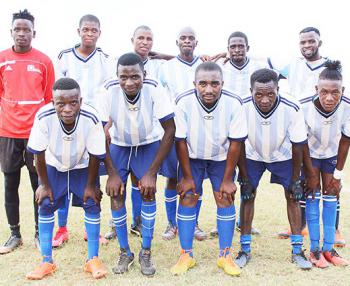