Following the State President’s prohibition of public gatherings of more than 100 people, the Premier Soccer League (PSL) called for an emergency executive committee meeting, which was followed by a press conference on Monday afternoon. The football professional body took a decision to postpone all midweek and weekend fixtures until further notice.

Black Leopards’ caretaker coach, Mr Allan Clark, welcomed the pronouncement with open arms. He revealed that they would take advantage of the break to prepare for their remaining six league fixtures.

He said that his team had a problem of conceding goals as a result of their defenders’ careless mistakes. He reiterated the fact that the pronouncement came at the right time, saying they would use the time to tighten up the team’s loose ends. Lidoda Duvha lost four matches in a row, including last Saturday’s 0-1 defeat to Baroka in their Nedbank Cup match.

Mr Dylan Kerr, Baroka’s head coach, said that while he fully supported the league’s decision to postpone the fixtures, he felt that the pronouncement would work against his team. He again stated that his team was likely to lose momentum because of the postponement. According to him, the spirit is high in the camp after the team won two matches in succession.

Polokwane City’s mentor, Mr Clinton Larsen, said he did not care what happened with the league and that his boys were always ready to commence anytime.

The three Limpopo-based clubs are among the last four teams on the current log standings. Black Leopards were supposed to host Maritzburg United in their league match at the Thohoyandou Stadium tomorrow. 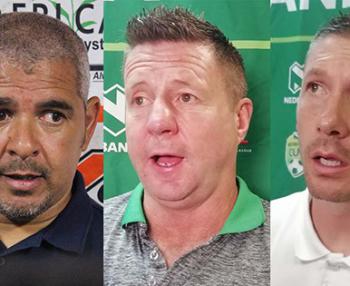