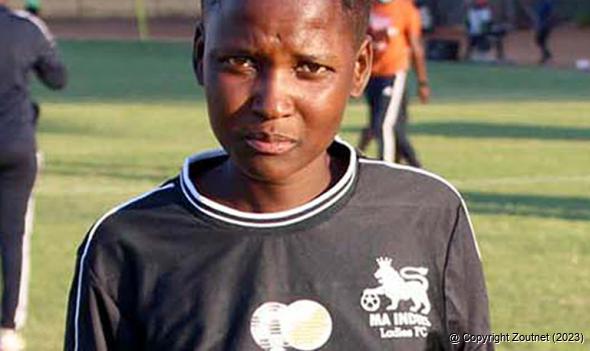 After collecting the maximum points in their last two matches, Maindis Ladies FC are now geared to deposit more points into their league account this weekend. They will host the University of Johannesburg Ladies FC in their Hollywoodbets Super League match at the Giyani Stadium on Saturday.

Mpheni Defenders in the play-offs

Mpheni Home Defenders are in a jovial mood after their dream of partaking in the promotional play-offs became a reality. The question that remains unanswered is whether they will manage to make the grade in the national event.

Aspiring soccer players from the Vhembe region will no longer have to migrate to Gauteng and other provinces to further their football careers if Mango Soccer Academy has its way. This Louis Trichardt-based academy focuses on developing young boys and creating future soccer stars.

Black Leopards and Cape Town Spurs on warpath this Sunday

After collecting the maximum points away from home last Saturday, Black Leopards are determined to shame Cape Town Spurs, with whom they will lock horns in their GladAfrica Championship League match at the Thohoyandou Stadium on Sunday.

The struggle for promotion will continue among the teams affiliated to the Limpopo Stream of the Sasol Women’s League this weekend.

Tshakhuma Tsha Madzivhandila FC (TTM) are ready to give Marumo Gallants a run for their money when they meet in their semi-final match for the Nedbank Cup KO Competition at the Thohoyandou Stadium on Friday evening.

After suffering a 1-2 defeat at the hands of Mamelodi Sundowns Ladies FC in their opening Hollywoodbets Super League match at the Giyani Stadium last Sunday, Maindis will enjoy the home-ground advantage again this weekend. They will host JVW FC at the same venue on Saturday.

Muraga Hazard Hotspurs are still in a joyous mood after they were crowned the champions of the Jericho and Ward 39 Soccer Tournament. The final matches of the tournament were played at the Makhuvha Stadium last Saturday.

After going public about his decision to sell the Sasol Women’s League franchise of his club about two months ago, the managing director of Chippas United Ladies FC, Mr Robson Magoro, has confirmed that he has finally accepted an offer from the former chairman for Samba Girls FC, Mr Baldwin Muhovha.

Are Jomo Cosmos to pay for Vhadau Vha Damani’s defeat?

With only four matches remaining before the end of the season, the struggle for promotion and to escape relegation will continue among the teams affiliated to the GladAfrica Championship League this weekend. The question unanswered is whether Tshakhuma Tsha Madzivhandila FC (TTM) will make Jomo Cosmos pay for the embarrassing 1-2 defeat they had suffered at the hands of Black Leopards last Saturday.

Mutshayi wants to make a comeback with win against Sibanda

Local female boxer Lufuno Mutshayi intends to use her fight against Monalisa Sibanda as a steppingstone in her boxing career. The featherweight fight will take place at Orlando Hall on Sunday (24th) and is scheduled over six rounds.

'Black Leopards will soon have a reason to celebrate'

The prediction by the team’s head coach, Mr Joel “The Prophet” Masutha”, that Black Leopards FC will not be relegated to the lower division at the end of the season is fast becoming a reality. Lidoda duvha were languishing at the bottom of the log standings with 16 points when Masutha assured the team’s followers that the team would never go down while he was still the head coach.

No relegation in ABC Motsepe League this season

Although Blackpool FC and Dennilton Callies completed their league programme at the bottom of their respective streams in the ABC Motsepe League, they will not be relegated to the lower division. According to the chairman of the board of governors, Mr Mighty Tjale, the decision not to relegate the teams that finished their league programmes at the bottom of the log was reached during the board’s meeting held last week.

After completing their league programme on top of the MMK Administrators League’s Stream A2 about a month ago, United Artists are leaving no stone unturned in their preparations for the promotional playoffs.

Another home fixture for TTM in Nedbank Cup

Tshakhuma Tsha Madzivhandila FC (TTM) will have another mountain to climb in their Nedbank Cup journey. They were drawn against another DStv Premiership League side, Marumo Gallants FC.