Search for a story in Entertainment: 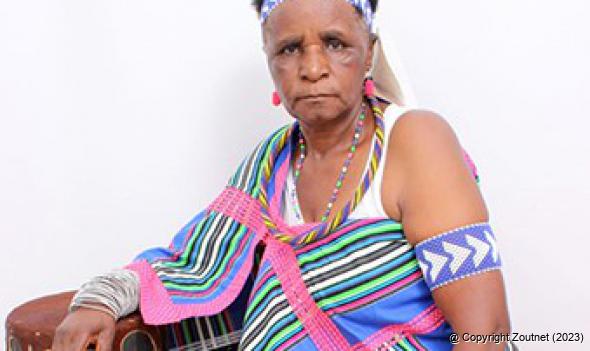 Life after retirement for singing teacher

“It is important to plan your retirement carefully and have something to keep yourself busy while at the same time providing some income.” This is an encouraging message of hope from a 69-year-old retired teacher, Tshimangadzo Esther Nevhutamba Sinyegwe of Vhutalu village, outside Thohoyandou.

Ndivho makes her mark in radio

Choice FM’s Ndivho Makhwanya is making her mark in the broadcasting industry with hard work, perseverance, and a positive attitude.

Marule's own striking style gets recognition

Percy Marule from Mavambe village near Malamulele enjoys seeing his dreams become a reality through his unique style of art.

Lutroo Da-Music has just finished the video recording for his song Tshifasekano, and his fans are waiting with great anticipation for its imminent release.

Since he discovered his musical abilities in 2013, Luka 120 has kept on refining his singing talent and presented song after song over the years, much to the delight of his fans.

A new beginning for Phillip Tshililo

The topic of conversation in social circles around Vhembe almost always, at some point, reverts to local reggae musician Ras Canly.

Mukhethwa Madula has waited a long time for his dream of becoming a gospel singer to be fulfilled. In spite of many disappointments, no setback could deter him from pursuing his goal.

Zwido Mashau, née Mpfuni, has come up with an initiative to honour the great female traditional Venda singers of our time, by way of a music concert with the theme Vhembe Divas Live in Concert, which was streamed live on 29 May from the Muvhango complex.

Daloo Deey, the young music sensation who kept the country enthralled with her single Live for the moment in 2020 and an EP titled What I Do, is set to release a debut album this year.

Fhatuwani enters the gospel scene with a bang

Not even the devastating effects of the coronavirus, which had already wreaked so much havoc across the globe, could stop Fhatuwani “Professor” Makungo from realizing his dream of making and releasing his own music.

Begwa finds no time to be idle

Where did you get the energy and time to release 18 songs at once? This is the question music lovers usually ask prolific local composer, producer, and sound engineer Ananius Ani B Begwa. This comes after he had released his third multiple-track reggae album two weeks ago. The album, titled Mitsivhulo ya mitsigo, has been received with much acclaim by music lovers who continue to worship Begwa for his creativity and musical wisdom.

Afro-Pop vocalist Hildah Mudau from Mandiwana has done it once again. She has just released her fourth album, called Nyavhumbwa wa dakaila wa kanda vho vhumbaho, proving that her star is far from fading.

Thendo is breaking the stereotypes of reggae

The saying that a woman’s place is in the kitchen is fast becoming outdated as women are quickly making inroads into the local reggae music fraternity. One such pioneer is none other than Thendo Beauty Ragimana of Makonde-Shadani, north of Thohoyandou.

Lutendo Mugagadeli, better known as Vendaboy Poet, has just been nominated for the 2021 South African Music Awards (SAMA27) in the category for Best Traditional Album, and he is floating on Cloud Happy.

Zwoluga has always had a passion for radio

Entertainment: 30 May 2021 By Kaizer Nengovhela

Zwoluga Ngobeni is an ultra-cool radio personality who has had a passion for the media industry since she was a young girl. 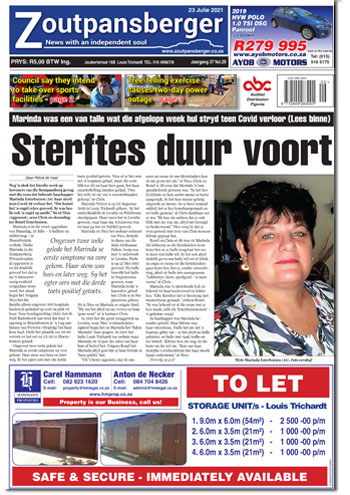 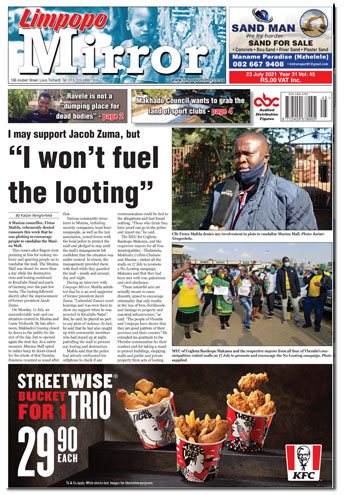 In African cultures, snakes are generally associated with witchcraft – a fact that does not improve the already frayed relationship between mankind and reptiles. However, within a certain African community in Vleifontein lives a man who regards himself as the exception to this cultural belief. In fact, Denzel Ncube’s fondness for these slithering reptiles is no secret. Ncube gives back to his community by educating the local people on the dangers as well as the beauty of snakes and what to do when confronted with them.

We visited two local beekeepers and we asked them about ... bees. Why do bees die? What types of honey do you find? What is a brood? (not a bread) We even wanted to know whether crystalized honey is fake.